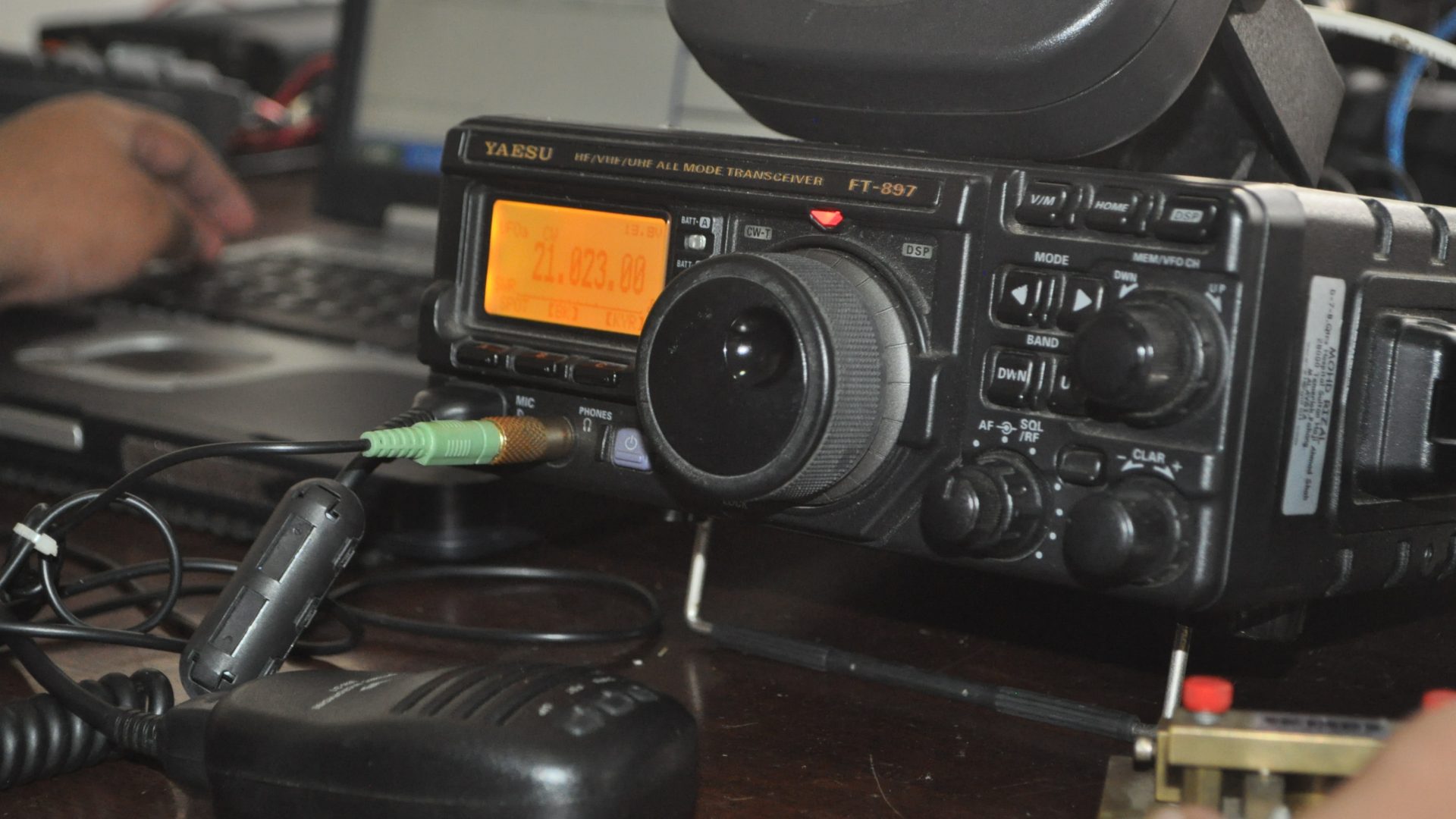 Radiocommunication service (covering both terrestrial and satellite) in which a station is use for the purpose of self training, intercommunication and techical investigation carried out by authorized persons who are interested in radio technique solely with a personal aim and without any pecuniary interest.

Millions of radio amateurs communicate daily with each other directly or through relay systems and amateur satellites. Amateur service may provide alternative or emergency communication in time of natura disasters. Radio amateur communication able to provide support communications during the disaster where commercial communications is unavailable, due to the uncomplicated deployment of an amateur radio station.

Back in 1993, a major disaster struck the nation when two high rise apartment blocks known as the Highland Towers in Ampang, Selangor, Malaysia collapsed. Rescue agencies pronged the disaster site to render search and rescue efforts. Due to lack of emergency radio communications equipment, a few amateur radio operators volunteered to help the KL Hospital Trauma Unit by providing radio communication link between the disaster site and the HKL emergency ward.

It was from this occasion that triggered the need for amateur radio involvement during disasters. Since 1993, a few other major disasters and emergency occurred where these few amateur radio operators volunteered to help government agencies with radio communication link.

In 2002, after receiving no support from their club to be involved in emergency radio communication efforts, these few amateur radio operators decided to call it a day at their club and worked tirelessly to form MARES. The founder of MARES, Aziz Nor 9M2AU, became its first club President. Himself along with the council members worked hard to make MARES an effective and successful club unlike others. MARES first club house was at Bukit Persekutuan, Kuala Lumpur and later in 2005 it was relocated at Jalan Tinggi Section 6 Petaling Jaya Selangor where it remains until today.

With Emergency Communication (“Emcomm”) as its primary focus, the team faced tremendous challenges in making MARES relevant. For example, its application for VHF repeater licence took two years to process and it eventually was approved after a formal complaint was lodged to the Minister. MARES amateur radio talks and promotions at various events were frequently opposed and even reported as in contravention to the law. Perseverance, dedication, patience and sincerity of the team eventually bear fruits that made what MARES is today. History is a good teacher hence MARES continues to champion for transparency, truthfulness, sincerity, the rights and interest of amateur radio in Malaysia be fought, protected and not exploited. For Emcomm, MARES strives for a standard structured Emcomm process and procedures be formulated and adhered by amateur radio operators to ensure voluntary amateur radio service during disasters and emergencies is respected and with utmost quality and professionalism.

List of MARES and its founding members Emcomm notable involvement can be found in the Emergency Radio Communication Section of this website.